Overstrand residents will soon have an exciting new destination where they can indulge in a little retail therapy; Whale Coast Mall is currently under construction by shopping centre specialist developer Dorpstraat together with its partners Hosken Consolidated Investments and Shoprite Checkers. The mall is scheduled to open in November next year.

The Overstrand area is currently experiencing major market growth, both in terms of population and spending power. Jannie Krüger, co-founder and director of Dorpstraat, explains that aside from the variety and convenience the centre brings to residents and visitors alike, its establishment is very positive for the regional economy as a whole.

“The development underway provides jobs for those who work in the construction industry, and the completed centre will offer many jobs for tenants and their staff. On top of this it will require full-time, casual and operational staff – boosting the local job market and resulting in increased opportunities for employment.”

Artists impression of The Whale Coast Mall interior in Hermanus

Developed by Dorpstraat – the team also responsible for the establishment of the popular Weskus Mall (Vredenburg) and Mountain Mill Shopping Centre (Worcester) – the new Whale Coast Mall will be built in line with international standards and cover some 30 000 square meters. Parts of the land on which the mall is built were purchased from Hermanus resident and mall shareholder Ted Adams. It is conveniently situated in Sandbaai near the Hemel-en-Aarde Road and R43 intersection, between Onrus and Hermanus.

“Whale Coast Mall will act as a one-stop destination, offering a multi-purpose entertainment centre and an all-year round comparative shopping experience – particularly in terms of fashion – in a safe, sheltered environment,” says Krüger.

The contemporary new centre will boast a diverse and exciting tenant mix, including retail giants Checkers and Woolworths. Other stores such as Dischem, Clicks, Mr Price Home, Mr Price Sports and Due South will also feature, as well as food chains such as Spur, Daily Coffee, Melissa’s and Mugg & Bean. Fashion tenants include a large Foschini and Truworths, as well and a Markham, Donna Claire, Ackermans and Cape Union Mart, to name but a few. It will also offer ample free parking and feature multiple entrances to avoid traffic congestion.

The mall caters to a broader market of shopper, differentiating it from the entrepreneurial businesses situated in Hermanus’ Central Business District (CBD); an innate facet of the coastal town’s charm.

Krüger explains, “Hermanus is renowned for its eclectic offering of art galleries and book stores as well as unique, curio-style, boutique and specialist shops, which can be found decorating the Village and coast.

“Whale Coast Mall aims to attract a broader base of consumer, particularly those looking for national retail and ‘bigger box’ value chains such as Dischem. It won’t detract from the Hermanus Village offering, but rather retain those customers who head over the mountain when they want to peruse the larger malls.”

While Sandbaai residents may experience short term disruption, the long-term benefit to the area’s infrastructure is expected to outweigh the inconvenience, with surrounding roads and nearby intersections undergoing an upgrade. “We know it can be frustrating, but we kindly ask residents to please bear with us, says Krüger. “The outcome will be an improved neighbourhood with a wonderful new facility.”

Krüger is excited about the opportunities Whale Coast Mall brings to the area – both in terms of economic growth, but also through offering greater diversity and convenience to shoppers.

“We firmly believe that the mall will embody quintessential village values through its emphasis on the local community, but with the abundance of choice typically offered in a city,” he concludes. 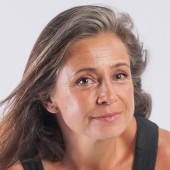 I am co-owner of I Love Hermanus and specialise in social media and crafting of quality stories and blog content. I write about things to do in Hermanus and the Overberg, accommodations, food, events, our people and anything relevant that I feel may strike a social chord of interest.

All aboard the Lady Bonnie